November is the month of new experiences since college students will be either continuing their courses or will be starting college afresh – a new chapter in life that will lead to greater accomplishments and will prepare students for a bright future. As the month that signifies the nearing of the closing of a new year, we cannot help but think about what will arise in the next 4-5 months. Soon, there will be graduation day for many, a beautiful moment in which students alongside family and friends can close a chapter of the life of study and then start to think about their future as young and seasoned adults. These graduating students will have the opportunity to think about what occupation they would like to undertake or maybe dream about how their future will be and what the rest of their lives will consist of. Not only is graduation day a moment to dream about the future but, it is also an opportunity to relive the wonderful moments of the past. The years that follow that glorious day will be a forever remembrance of the many accomplishments that graduates have overcome including the challenging moments, as well as the moments in which students could laugh and enjoy time with their schoolmates.

One of the most superb ways for students to remember each of those moments is via the use of diploma frames. In the last article, we spoke about certain diploma frames that we have available, but this time, we would like to provide for you a little bit of history on frames in general. We hope that this information would be something intriguing to learn and that it would instill in each of our readers an appreciation for diploma frames and also for what they provide graduates in terms of being able to remember each marvelous moment that has led or is leading to their successful future.

The earliest information that we have on the usage of frames in general dates back to the 2nd Century B.C. when borders were found to be intricately drawn or painted around Etruscan cave paintings. Since that era, artists of all different types used framing as a means of properly displaying their art. During the middle ages, handcrafted frames were produced to display art in such a way that the art was elevated, acting as a shrine. Frames were first carved out of wood and then covered with gesso and gold leaf as an accent for the frames. The end result was that those who observed the frames were able to admire their beauty and also their intricate details. Generally speaking, the frames were a model after the church crafters used architectural motifs that they saw in churches to construct the frames’ designs.

As centuries passed by, crafters began to incorporate their own styles during each period. Since the 19th Century, handcrafted frames started to decline and frames started mass-produce. The Old Schwamb Mill – a woodworking mill in Arlington, Massachusetts that produced frames between 1864 and 1969 and is now a museum that can be visited and shows how oval frames get produced with the original equipment. Today, frame-making is completely different: digital frames that feature state-of-the-art technology are now produced that feature options like the ability to upload multiple pictures to display slideshows of pictures. Though these types of frames are fascinating, the idea of utilizing a vintage frame for every precious memory including graduation memories is priceless. 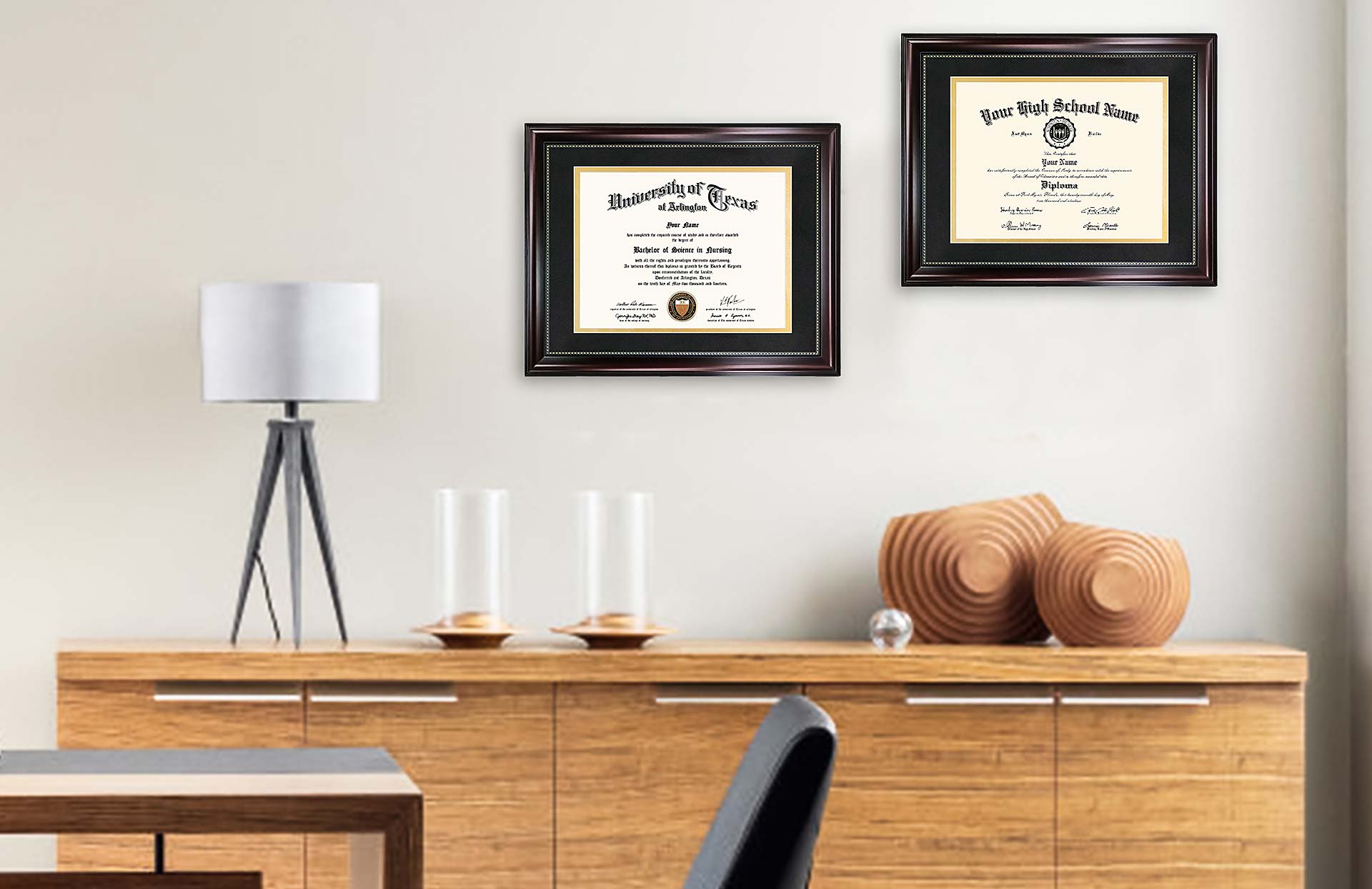