Graduation is one of the most important milestones people celebrate around the world. This is about a lot of significant issues, after years of dedication, truly effort, and some sacrifices, finally, a student achieves an important goal that opens tons of possibilities in the future. That´s the reason why students around the world celebrate this day, they prepare this day months in advance so celebration day must be perfect.

Graduation season differs depending on the country where it is celebrated. For most countries in the northern hemisphere, graduation season is celebrated between May and June, while in the southern hemisphere, this celebration usually takes place between November and December, preferably before summer, depending on which part of the world the student lives in. Graduation day is surrounded by a sort of quirky traditions, some of them are unique in every country.

In the United States, generally, students wear a Cap and a Gown, the flat cap is decorated with a tassel that is worn on the right side. When the student receives a diploma, he or she shifts the tassel to the left side. At this point of the graduation ceremony is very usual to hear a special song: Pomp and Circumstance, a beautiful song written by British composer Edward Elgar in 1901 and adapted for the coronation of King Edward VII in 1902. Also, don´t forget about the commencement speaker, usually, an important person is invited for the commencement speech.

One of the most unforgettable moments is when the entire class tosses their hats up in celebration. This particular tradition continues at the Naval Academy and has spread around the world.

In Sweden, students wear a round cap with a black bill called studentmössa. Nowadays, this cap has changed and the main color indicates the school the student is attending, especially in the schools of technology. The ceremony ends when the student and his or her family join in a parade around the town.

In Finland, Ph.D. graduates may wear swords at the ceremony. This sword has a traditional meaning: the fight for what in rigorous research, is good, right, and true. This tradition has some rules though, for example, at the University of Lund every graduate must earn the certified civilian sword of the Republic of Finland.

In China, graduation season is celebrated between June and July and is called bì yè jì. Each university prepares its graduation ceremony (bì yè diǎn lǐ). There is a congratulatory speech, and this is a good time for students to thank their teachers and also is one of the most important moments to share one last time with their classmates and professors, to receive a souvenir and to take pictures.

In the Philippines, a graduation ceremony is celebrated in the springtime. Students wear caps and gowns, but they still wear their school uniforms underneath. A particular tradition for graduation day is to wear a lie at the moment to receive the diploma, this is a way to reflect their culture.

In India, the graduation ceremony is also known as convocation. The graduation celebration is a formal affair. Students wear formal attire, a gown that is open in the front, and also a hat. There is a procession of the academic staff and the students, a valediction and then they are handed the certificates by the chief guest.

In Japan, students prepare a big ceremony, in which the vice-principal leads the local officials and special guests. Underclassmen, parents, and teachers are seated first. The ceremony has a repertory that is very well established; every action has a specific order.

In the United Kingdom, many universities start their graduation ceremony with a procession of academics. This procession is accompanied by music. Some people carry a ceremonial mace.

Graduands wear academic dress according to their degree. The degree certificate is not given to the student during the ceremony, it is sent to the graduate´s home instead. Some of the older universities hold their graduation ceremonies in Latin.

The gowns and hoods, used at the graduation ceremony, embrace the influence of the University of London´s tradition, being the first university in the world using colors for the different faculties.

In Argentina, as well as in some other Latino countries and also in Italy, graduation celebration has some different, particular, and not so conventional traditions, we may say that this celebration is in some way intense, and a little crazy. Just an example, while students are attending the formal ceremony, which is not quite different from other countries, closest friends are waiting outside, but they are not waiting with presents or souvenirs, they are stocked with stuff such as ketchup, eggs, flour, even with old milk, and some of them carry scissors for student´s clothes and hair. So, when students walk out of the ceremony, they are received with all these products ... yes, it is a mess, but don´t get me wrong, this is just a way to show affection, admiration, and believe it or not, respect.

There are much more traditions around the world that I couldn't mention today, wherever you are, cheer upon your graduation day, and be happy, grateful days are coming. 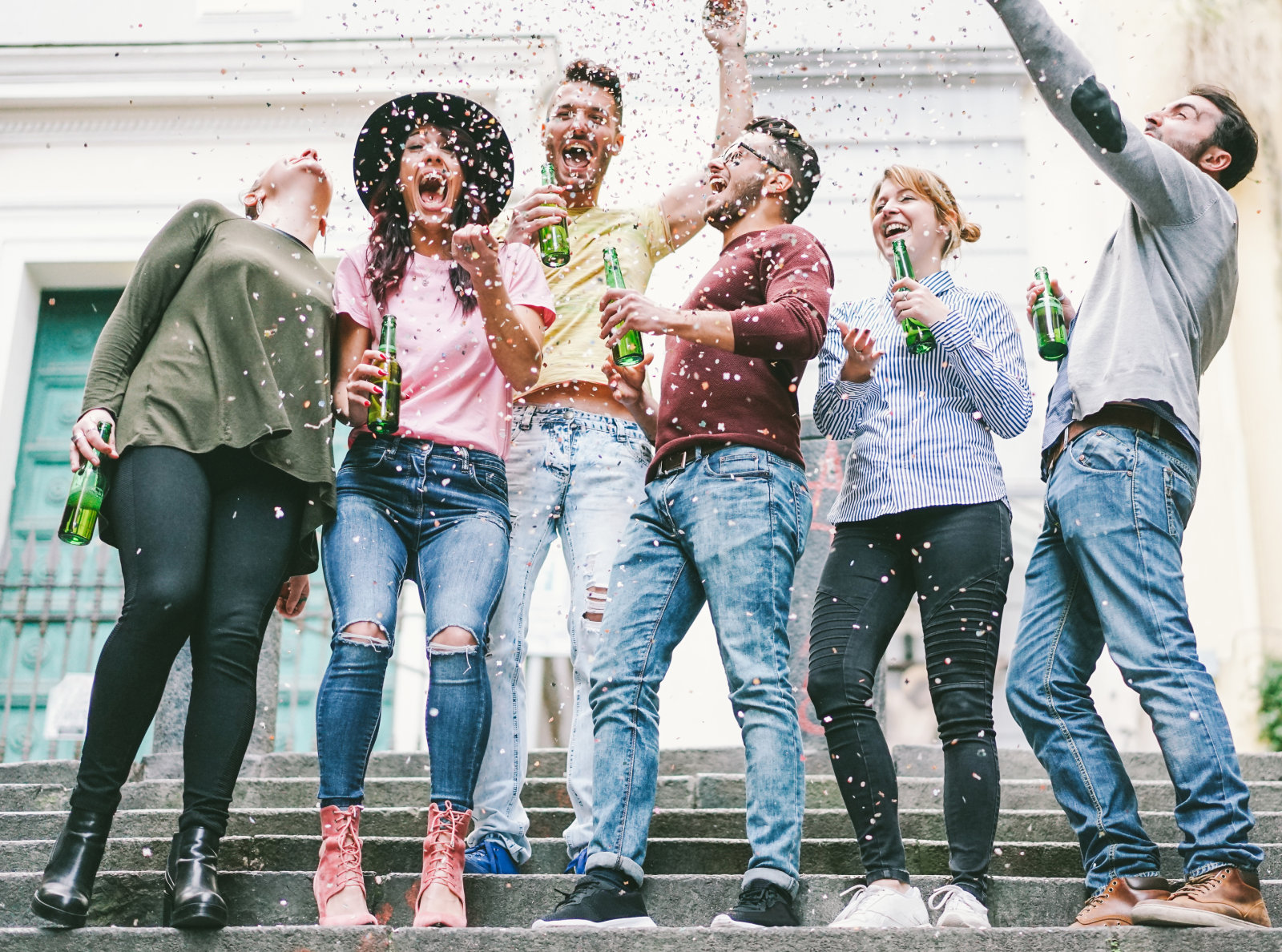